B&A Trivia: How Many Tribes of Israel Are There?

Q: How many tribes of Israel are there?

Essentially, the list of the "12 Tribes" shifts over time.

There are actually more than 12 tribes, but the number 12 is maintained for continuity, likely because the number 12 in antiquity was symbolic of the idea of perfection, completion, or cosmic order.

We see the number 12 in different cultures like ancient Greece, whose people worshipped the 12 Olympians (the principal gods of the Greek pantheon). They were preceded by 12 Titans. Hercules endured his famous 12 Labors, and so on. And, of course, Genesis 25:16 tells us that Abraham's son Ishmael had 12 sons, while his grandson by Isaac, Jacob, also had 12 sons (by four women), who would become "the 12 Tribes of Israel."

However, as we read the Bible, we quickly see that this list of sons, whose descendants become the "12 Tribes," begins to vary, in number, names, and order.

The chart below shows all of the different lists of the "12 Tribes" or the "12 Sons of Jacob" in the Bible. Note how each of the lists differ.

Joshua 14:4 offers perhaps the simplest explanation for the differences:

"For the people of Joseph were two tribes, Manasseh and Ephraim; and no portion was given to the Levites in the land, but only towns to live in, with their pasture lands for their flocks and herds."

This verse tells us a couple of things. Because the tribe of Levi became the priestly tribe, they were treated as special, and were not given a portion of land as a tribal inheritance, but instead were given cities in each of the other tribes' lands in which to live. So early on, they are sometimes counted as a tribe (Deuteronomy 27), but sometimes they are not counted as one of the 12 (Numbers 13). So how do you make up for an uncounted tribe? You split another tribe into two, and that's exactly what Joshua 14:4 says—the tribe of Joseph becomes two tribes: Manasseh and Ephraim, bringing the count back up to 12.

And then there are the truly odd lists, like the list in Deuteronomy 33, which omits the tribe of Simeon. Later, the list of tribes of those "sealed" in the New Testament book of Revelation omits the tribe of Dan, but counts both Levi and Joseph, while adding Manasseh, but omitting Ephraim, all in order to achieve the desired number of 12!

So while there are "12 sons of Jacob," there come to be well more than 12 tribes of Israel, and that list of tribes changes in name, number, and order over time, and depending on where you read. 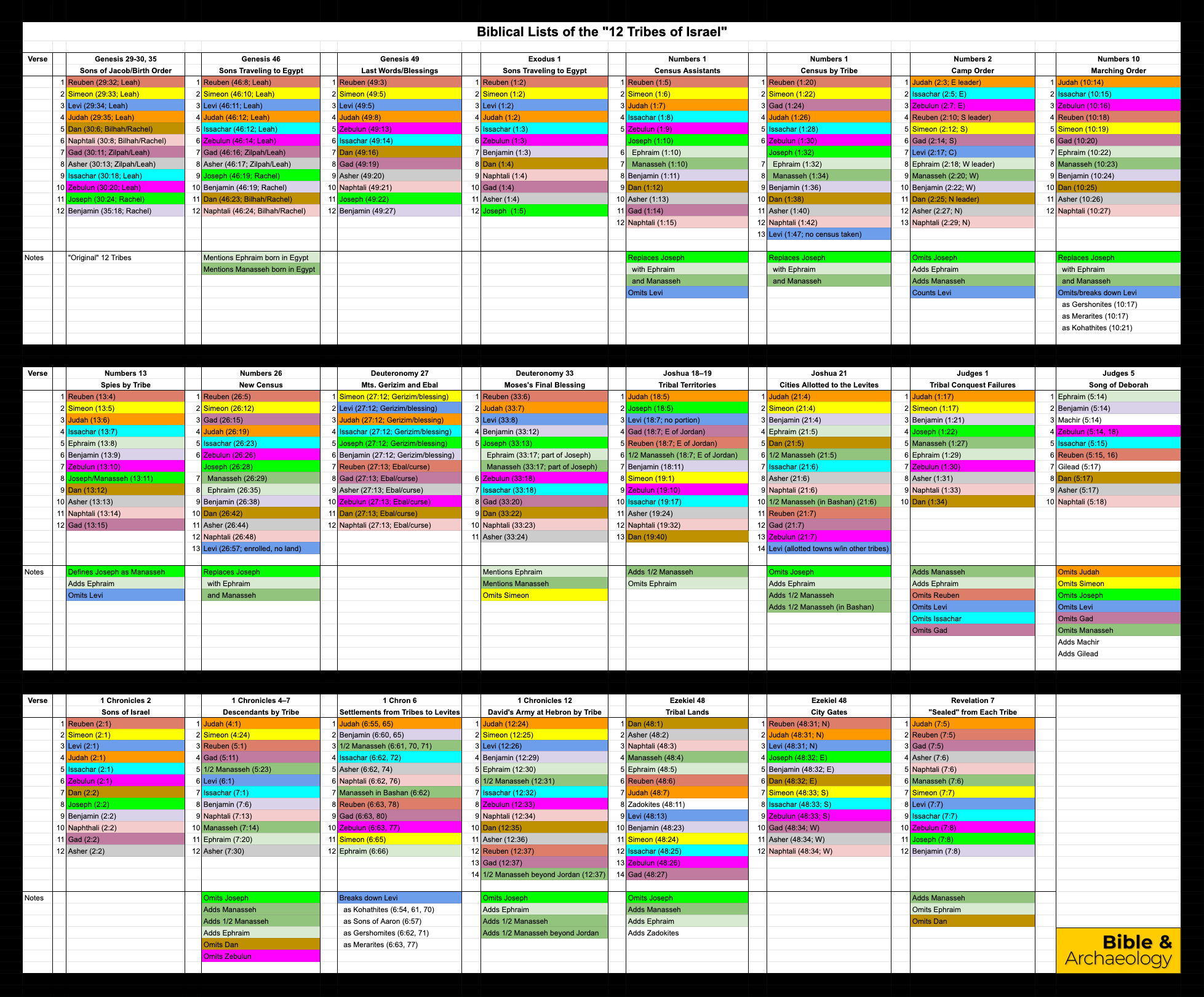